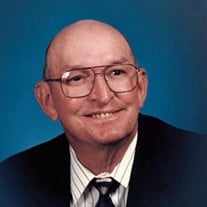 Robert Ralph Furnier, age 92 years, a resident of Elkins, departed this life to a better life in heaven on Friday, August 21, 2020. He was born April 13, 1928, in Allenport, PA, a son of the late Robert Harold and Ethel Mae Mosser Furnier. On November 8, 1949 he married the late Stella A. Grabowski in Brownsville, PA. She passed away of cancer in September 1988. On October 16, 1989 in Monterey, VA he married Bette Ann Doerr who survives at their home in Elkins. He is also survived by a daughter, Suzanne Burroughs of Atlantic Beach, FL; a son, James Douglas Furnier and wife Mary of Sparta, Wisconsin; one step-daughter, Mary Christine Mallow and husband Steve of Elkins, two step-sons, Jerry Joe Arbogast and wife Angie and Phillip S. Arbogast and wife Dana, all of Elkins. He also leaves behind seventeen grandchildren, twenty seven great-grandchildren and one great-great grandchild. Also preceding him in death were one brother, William C. Furnier, one sister, Jane Burke, a son-in-law, Dennis Burroughs and a grandson Garret Workman. Mr. Furnier attended the schools of Fayette County, PA, graduating from Brownsville High School in 1945. Shortly thereafter, he enlisted in the United States Air Force where he served for twenty three years, retiring in 1968. While in the air Force, he traveled throughout the Pacific and was active during both the Korean and Vietnam Wars. Some of the exotic places he was stationed were the Philippines, Japan, Alaska, Labrador and numerous bases in the United States. Among his many citations, he received the World War II Victory Medal. After military retirement, he finished college in May 1970, graduating with a Bachelor of Science Degree in Elementary Education. He then taught in Public Schools for the next nineteen years, one year in Jacksonville, FL and eighteen years in Morganton, NC. In June 1989, he retired and moved to Elkins, WV where he lived happily until his death. He often remarked that not many men can say they met and married two fabulous women in one lifetime. Mr. Furnier was an active member of Landmark Baptist Church in Elkins. He loved to hunt, fish and became an avid but mediocre golfer. Bob’s request for cremation was honored and a memorial service will be held at 11:00 A.M. Saturday, September 19, 2020 at the Landmark Baptist Church, 7 Forest Brook Drive, Elkins. Dr. Ken Shiflet will officiate. Memorial contributions may be made to Landmark Baptist Church, 7 Forest Brook Lane, Elkins, WV 26241 in memory of Mr. Furnier. The Tomblyn Funeral Home of Elkins is in charge of the arrangements for Robert Ralph Furnier. Condolences may be made to the family at www.tomblynfuneralhome.com.

Robert Ralph Furnier, age 92 years, a resident of Elkins, departed this life to a better life in heaven on Friday, August 21, 2020. He was born April 13, 1928, in Allenport, PA, a son of the late Robert Harold and Ethel Mae Mosser Furnier. On... View Obituary & Service Information

The family of Robert Ralph Furnier created this Life Tributes page to make it easy to share your memories.