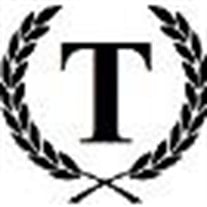 Robert W. “Bob” Phillips, age 98 years, a resident of the Kingsville Community, passed away Tuesday, January 24, 2017 in the Pocahontas Memorial Hospital at Marlinton, WV. He was born June 28, 1918 at Jimtown, a son of the late George Marshall Phillips and Vinnie Rowan Phillips. On April 8, 1944 at Elkins, he was married to Loretta Pearl Elmore Phillips who preceded him in death August 15, 1991. He is survived by his brother-in-law and sister-in-law Roy and Kathryn Howes of Kingsville with whom he resided for the past two and a half years. Also preceding him in death was one son, Gary Allen Phillips, four brothers, Ralph, Ray, Russell and Roy Phillips and four sisters, Ruth Paugh, Reta and Ruby Simon and Jane Doerr. Robert owned and operated Phillips Auto Sales prior to his retirement. He was a member of the Phillips Chapel United Methodist Church at Jimtown. Friends may call from 6:00 PM until 8:00 PM Friday, January 27, 2017 at the Tomblyn Funeral Home of Elkins. A funeral service will be held at 11:00 AM Saturday, January 28th from the funeral home chapel with Rev. Donald Butcher officiating. Interment will follow in the Phillips Cemetery at Jimtown. Memorial Contributions may be made to the Phillips Cemetery, C/O William Phillips, 1155 Buckhannon Pike, Coalton, WV, 26257. The Tomblyn Funeral Home of Elkins is in charge of the arrangements for Robert W. “Bob” Phillips. Condolences may be expressed to the family at www.tomblynfuneralhome.com.

The family of Robert W Phillips created this Life Tributes page to make it easy to share your memories.