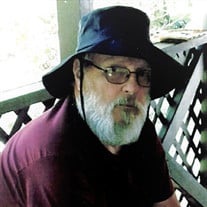 Roger D. “Rog” Boggs, age 73 years, a resident of Montrose, passed away Thursday evening, May 13, 2021 at Mon Health Medical Center in Morgantown, WV. He was born September 12, 1947 at Elkins, a son of the late Abner and Lula Fast Boggs. He is survived by two sons, Ronald Gibson of Youngstown, OH and Keith Boggs of Angel Fire, NM; three daughters, Delta Dawn Bord of Philippi, Gwendolyn Boggs of Youngstown, OH and Lorna Faye Boggs of Elkins. One brother, Leroy Boggs of Elkins; five sisters, Mildred Boggs, Veda Booth, Agnus Mallow, Evelyn Means and Helen Reed, all of Elkins; thirteen grandchildren and seven great grandchildren also survive. Also preceding him in death was one son, Joe Bob Gibson and two brothers, Keith and Jural Boggs. Roger was a Veteran of the United States Army having served during Vietnam. He had worked at Youngstown Steel Door Company where he worked as a railroad car repairman prior to his retirement. Friends may call from 12:00 noon until 2:00 pm Thursday, May 20,2021 at the Tomblyn Funeral Home in Elkins. A funeral service will be held at 2:00 pm Thursday from the funeral home chapel with Pastor Kevin Gainer officiating. Masks and social distancing will be required for those attending the services. Interment will follow in the American Legion’s Little Arlington Cemetery. Full military honors will be accorded at the gravesite by members of the West Virginia National Guard Honor Guard Program, H.W. Daniels Post 29 American Legion, and Tygart Valley Post 3647 Veterans of Foreign Wars. The Tomblyn Funeral Home of Elkins is in charge of the arrangements for Roger D. “Rog” Boggs. Condolences may be expressed to the family at www.tomblynfuneralhome.com.

The family of Roger D. Boggs created this Life Tributes page to make it easy to share your memories.