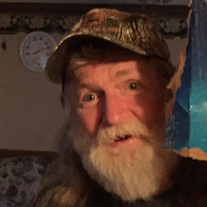 Roger Lee “Perry” “Cracker” White, age 60 years, a resident of Beverly, passed away Monday, January 28, 2019 at his home. He was born September 21, 1958 at Hambleton, WV, a son of the late Forrest Harvey and Alice Helmick. On October 2, 1982 at Elkins, he was married to Nancy Bodkins White who survives. Also surviving is one son, Roger Lee White, Jr. of Beverly, one daughter, Angela Watson of Beverly, four brothers, Scotty and Kenny White of Beverly, Harold White of Elkins and Dennis White of New Castle, VA and a half-brother, June Helmick of Bretz, WV. One sister, Pam Peters of Beverly, two grandchildren, Malachi Ammerman and Ainsley Watson and several nieces, nephews, great nieces and great nephews. Special friends, Cliff and Tina Pritt, Shorty and Patty Simmons, Kenny Swecker and his friends from Armstrong Flooring and the Beverly Mobile Home Court also survive. Also preceding him in death were two sisters, Nelda Kisner and Margaret White, two brothers, Bob and Forest “Frog” White and a half-brother, Lester Helmick. Roger was employed at Elkins Lumber, Labcraft and Armstrong Flooring before retiring. He loved to watch WVU Football and four wheeling on the weekends with family and friends. He enjoyed the time he spent with his grandson Malachi, traveling to Virginia and Tennessee with Marlene and sitting around bon fires with Pam and friends. Friends may call 5:00 pm until 7:00 pm Thursday, January 31, 2019 at the Tomblyn Funeral Home in Elkins. A funeral service will be at 10:00 am Friday, February 1st from the funeral home chapel with Rev. Curlie Ray, Jr. officiating. Interment will follow in the Collett Cemetery at Hendricks, WV. Memorial contributions may be made to the Davis Memorial Cancer Care Center, 801 Harrison Avenue, Elkins, WV 26241 in memory of Roger. The Tomblyn Funeral Home of Elkins is in charge of the arrangements for Roger Lee “Perry” “Cracker” White. Condolences may be sent to the family at www.tomblynfuneralhome.com.

The family of Roger Lee White created this Life Tributes page to make it easy to share your memories.