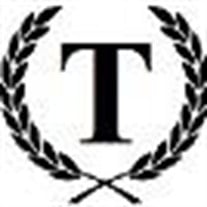 Mrs. Ruby Gail Simmons, age 80 years, a resident of Beverly, passed away Thursday evening, July 20, 2017 at the Monongalia General Hospital in Morgantown, WV. She was born March 6, 1937 at Osceola, WV, a daughter of the late Jesse Simon Tingler and Sallie Warner Tingler. In 1955 she married Jacob E. Simmons who survives near Beverly. Also surviving are three sons, Karl E. Simmons and wife Jonnie Sue of Raleigh, NC, Mark Anthony Simmons and wife Cresta of Raleigh, NC and Jayton Andrew Simmons and wife Chanda of Beverly, WV. One daughter, Theresa Hinkle and husband Roscoe of Petersburg, WV; one brother James Tingler of Montrose, WV; grandchildren, Dustin Simmons, Kimber Christian, Markie Pope, Cory Simmons, Laura Howes, Samantha Howes and Nathaniel Howes and fourteen great grandchildren also survive. Also preceding her in death was one infant brother. Ruby was a bus driver for the Randolph County Board of Education prior to her retirement. She was a member of the Church of Jesus Christ of Latter Day Saints. Friends may call from 10:00 am until 12:00 pm Monday, July 24, 2017 at the Church of Jesus Christ of Latter Day Saints near Beverly. A funeral service will be held at 12:00 pm Monday from the church with Bishop Ralph Bennett officiating. Interment will follow in the Beverly Cemetery, Beverly, WV. The Tomblyn Funeral Home of Elkins is in charge of the arrangements for Mrs. Ruby G. Simmons. Condolences may be expressed to the family at www.tomblynfuneralhome.com.

The family of Ruby Gail Simmons created this Life Tributes page to make it easy to share your memories.