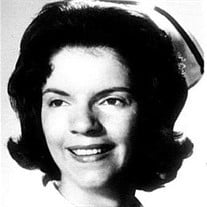 Shirley Mae Gilbert, age 83 years, a resident of Colonial Place in Elkins, passed away Sunday, February 16, 2020 at Colonial Place. She was born January 21, 1937 at Montgomery, WV, to her parents the late Claude Gilbert and Susie Taylor Gilbert. She grew up in Germany Valley in Pendleton County, WV, raised by her grandmother, Nina Raines and step-grandfather, Henry Clay Raines. On September 14, 1954 in Franklin, WV, she had formerly married Guy Arbogast. She is survived by her sons, Sheldon Arbogast of Manassas, VA and J.C. Arbogast of Elkins; one brother, Jim Gilbert of Abingdon, VA; three grandchildren, Matthew Arbogast of Chattanooga, TN, Alan Arbogast of Bristow, VA, Elliott Arbogast of Elkins and five great grandchildren. Also preceding her in death were her grandparents, ex-husband and one brother, Jack Gilbert. Shirley graduated from Circleville High School with the Class of 1955 and continued her education, graduating from Davis Memorial School of Nursing in 1964 and Saint Mary’s Hospital School of Anesthesia in 1966. She started her career as a Nurse/Anesthetist at Davis Memorial Hospital then Memorial General Hospital before traveling the country for her career. Shirley’s request for cremation has been honored. A Celebration of her life will be held at a later date. Memorial contributions in Shirley’s memory may be made to the Randolph County Humane Society, PO Box 785, Elkins, WV 26241. The Tomblyn Funeral Home of Elkins is in charge of the arrangements for Shirley Mae Gilbert. Condolences may be expressed to the family at www.tomblynfuneralhome.com.

The family of Shirley Mae Gilbert created this Life Tributes page to make it easy to share your memories.