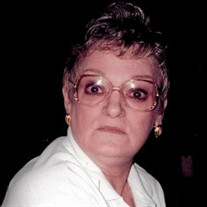 Sue C. “Suzie” Calain, age 75 years, a resident of Bowden, passed away Friday, July 31, 2020 at the West Virginia Caring Hospice Center in Elkins. She was born April 10, 1945 at Roanoke, VA, a daughter of the late Mac and Geraldine Hedrick McGowan. On July 22, 1977 at Baltimore, MD, she was married to Harold L. Calain who survives. Also surviving are two sons, Robert McWilliams of Marion, OH and Richard Clark of Atlanta, GA and two daughters, Shelly McWilliams of Bowden and Kim Millott of Atlanta, GA. Two brothers, Laury McGowan of Lake Anna, VA and Buddy McGowan of Baltimore, MD and two sisters, Sandy Iman and Shirley Newport of Baltimore, MD. Five grandchildren and five great grandchildren also survive. Suzie was well known in the community, having owned the Dining Car Restaurant at the Tygart Hotel, Suzie’s Café at the former Kentucky Fried Chicken location and Calain’s Restaurant and Tavern on the Cheat River at Bowden prior to her retirement. Suzie was quick with a joke and never met a stranger. A gathering of family and friends will be held from 12:00 noon until 5:00 pm Sunday, August 9, 2020 at the Whiskey River Grill (formerly Calain’s Restaurant and Tavern), Faulkner Road, Bowden, WV. Memorial contributions may be made to the American Cancer Society,P.O. Box 22478, Oklahoma City, OK 73123 in memory of Suzie. The Tomblyn Funeral Home of Elkins is in charge of the arrangements for Sue C. “Suzie” Calain. Condolences may be expressed to the family at www.tomblynfuneralhome.com.

The family of Sue C. "Suzie" Calain created this Life Tributes page to make it easy to share your memories.