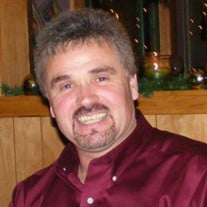 Terry Lee Shifflett, age 66 years, a resident of Chenoweth Creek, Elkins, passed away Saturday, September 18, 2021 at Mon Health Medical Center in Morgantown, WV. He had been declining in health but death was unexpected. Terry was born July 22, 1955 in Elkins, a son of the late Orval Ray and Nelle J. Phares Shifflett. On January 1, 1990 he was married to Christine Hyre who survives. Also surviving are two sons, Jeff Shifflett and wife Janet and Tyler Shifflett, all of Elkins; and one daughter, Heather Shifflett of High Point, NC. Two brothers, Rev. Stephen Shifflett and wife Susie, of Williamsport, MD and Donald Shifflett and wife Methilda of Beverly; three sisters, Lynn Pugh and husband Brad and Anne Silvester and husband Greg of Elkins, Roxanne Webley and husband Jim of Bemis. Three grandchildren, Kailey Shifflett and Serenity Shifflett of Elkins and Amyah Harris of High Point, NC. Several nieces and nephews also survive. Terry was a graduate of Elkins High School with the Class of 1973. He was owner and operator of Mountaineer Electrical Contractors prior to his retirement. He spent most of his career as a master electrician working for many local businesses. He was a well-known musician who could play any string instrument. He started playing music at an early age and was a member of Backroad Express and later formed Southern Connection with his wife, Chris. He was an avid golfer and enjoyed playing this sport with his brothers and his sons. He also liked to hunt. He loved his wife, children and grandchildren. His siblings, cousins, nieces and nephews were all a special part of his life. Friends may call from 2:00 pm until 4:00 pm Friday, September 24, 2021 at the Tomblyn Funeral Home in Elkins. A funeral service will be held at 4:00 pm Friday with Rev. Stephen Shifflett and Pastor Curlie Ray, Jr. officiating. Terry’s request for cremation will then be honored. Masks and social distancing will be required for anyone attending the services. The Tomblyn Funeral Home of Elkins is in charge of the arrangements for Terry Lee Shifflett. Condolences may be expressed to the family at www.tomblynfuneralhome.com.

The family of Terry Lee Shifflett created this Life Tributes page to make it easy to share your memories.