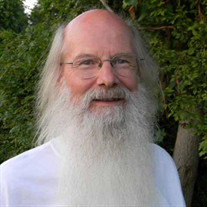 Terry " Capt' T " Siewert, age 73 years, a resident of Elkins, passed away Sunday, September 25, 2016 in the Ruby Memorial Hospital in Morgantown as the result of injuries sustained in a motorcycle accident. He was born April 19, 1943 at Gregory, SD a son of the late Emil Siewert and the late Violet Marie Siewert. He is survived by his companion of many years, Connie Linger of Elkins. Two daughters, Lynette Ann Christenson, Missoula, MT and Yvonne Marie Yaceczko of Akron, OH, one brother, James Siewert, Kansas City, MO, one sister, Karen Siewert, Kansas City, MO and numerous grandchildren also survive. Also preceding him in death was one brother, Dennis Siewert. Terry attended the schools of South Dakota, was a graduate of the University of South Dakota with a degree in Fine Arts and was a Veteran of the United States Air Force. He was an Artist and a buyer and seller of real estate and antiques. Terry was an avid participant of Facebook and Twitter and enjoyed riding motorcycles. He was a member of B.P.O.E. Lodge No.1135. Friends may call from 4:00 pm until 8:00 pm Friday, September 30, 2016 at the Tomblyn Funeral Home in Elkins. A funeral service will be held at 2:00 pm Saturday, October 1st from the funeral home chapel with Rev. Kevin Starcher officiating. Interment will follow in the American Legion’s Little Arlington Cemetery. Full military honors will be accorded at the gravesite by members of H.W. Daniels Post 29 American Legion and Tygart Valley Post 3647 Veterans of Foreign Wars. The Tomblyn Funeral Home of Elkins is in charge of the arrangements for Terry " Capt' T " Siewert. Condolences may be expressed to the family at www.tomblynfuneralhome.com.

Terry " Capt' T " Siewert, age 73 years, a resident of Elkins, passed away Sunday, September 25, 2016 in the Ruby Memorial Hospital in Morgantown as the result of injuries sustained in a motorcycle accident. He was born April 19, 1943 at Gregory,... View Obituary & Service Information

The family of Terry Siewert created this Life Tributes page to make it easy to share your memories.