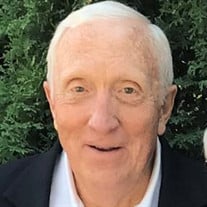 Tharon Laneil Jack, 80, of Elkins, WV, and The Villages, Florida, left this life on January 16, 2020. He was surrounded by his loving family. He was born to the late Ulysses French Jack and Audrey Garnet Robinson Jack on August 27, 1939, in... View Obituary & Service Information

The family of Tharon Laneil Jack created this Life Tributes page to make it easy to share your memories.