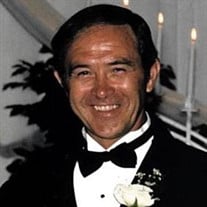 Tommy Lee Vance, age 70 years, a resident of Elkins, entered into Heaven to be with his Lord and Savior on January 29, 2019 at 11:00 pm at his home. He was surrounded by his loving family. He was born November 26, 1948 at Whitmer, WV a son of the late Guy and Betty Jo Vance. On February 19, 1971 at Oakland, MD, he married the love of his life, Thelma Louise Mullenax Vance, who survives. They had celebrated forty eight years of marriage. He was a loving husband, father and grandfather. He was a faithful follower of God and loved his family wholeheartedly. He loved his church family and friends and was a wonderful helper and gave lovingly to many. He loved children and helped lead several to the Lord. He was always ready to help his church or anyone in need. Tommy was a heavy equipment operator and a member of Local 132 IUOE since 1974. He made many friends on every job. Tommy enjoyed hunting, fishing, boating, camping, going to his grandchildren’s sporting events, hunting with his son and grandson and enjoyed making memories with his granddaughter. He was a member of the Rivers of Living Water Ministries in Elkins. He served in the United States Army during the Vietnam War. He was stationed in Germany attaining the rank of Corporal. Also surviving are two children, Tommy Lee Vance and Tiffany of Pattison, TX and Tonya Lynn Cooper and Brian of Belington, WV. Six grandchildren, Trenton, Tanner, Taylon, Tinsley, Cody and Katelyn; a brother, Rex Vance and Merry Lou, two sisters, J. Elaine Bradley and Gary and Brenda Yokum; several brothers-in-law and sisters-in-law and many nieces and nephews whom he loved and adored also survive. Also preceding him in death in addition to his parents and grandparents were several brothers-in-law and sisters-in-law. Friends may call from 6:00 pm until 8:00 pm Saturday, February 2, 2019 at the Tomblyn Funeral Home in Elkins. On Sunday, February 3rd, Tommy will be moved to the Rivers of Living Water Ministries in Elkins where a funeral service will be held at 2:00 pm. Pastor Mike Boggs will officiate and interment will follow in the Laurel Hill Cemetery near Whitmer. Presentation of the American Flag will be made by members of the West Virginia National Guard Honor Program. Memorial contributions may be made to Rivers of Living Water Ministries Building Fund, 2 Lincoln Ave., Elkins, WV 26241 in memory of Tommy. The Tomblyn Funeral Home of Elkins is in charge of the arrangements for Tommy Lee Vance. Condolences may be expressed to the family at www.tomblynfuneralhome.com.

Tommy Lee Vance, age 70 years, a resident of Elkins, entered into Heaven to be with his Lord and Savior on January 29, 2019 at 11:00 pm at his home. He was surrounded by his loving family. He was born November 26, 1948 at Whitmer, WV a son... View Obituary & Service Information

The family of Tommy Lee Vance created this Life Tributes page to make it easy to share your memories.