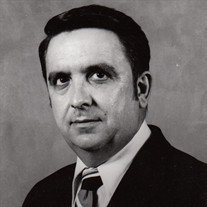 Victor A. “Vic” Long, age 82 years, a resident of Hickory Grove, SC, passed away Wednesday, January 24, 2018. He was born May 19, 1935 at Mill Creek, a son of the late Owen F. and Millicent Gum Long. He is survived by two sons, Christopher A. Long of Virginia Beach, VA, and Jeffrey A. Long of York, SC; two brothers, Owen M. Long of Deland, FL, and Stephen P. Long of Mill Creek; and three sisters, Evelyn M. Mace of Summerville, SC, Anita J. Price of Charleston, SC, and Celeste E. Pinkston of Hilton Head, SC. Raised in Mill Creek and a 1953 graduate of Tygarts Valley High School, Victor left home later that same year to find his future in Akron, OH. Within months of his settling in Akron, however, the Selection Board called his number for service in the US Army. After completing basic training at Fort Jackson, advanced training at Fort Gordon, and specialty training at Fort Devens, Victor deployed to post-war Germany as a cryptographic equipment technician. His enlistment passed quickly and, having great technical training and four years of honorable service behind him, he returned to Akron in 1957 to begin a career with B. F. Goodrich. Victor advanced quickly within Goodrich, so much so that he was selected to the start-up team for their pilot manufacturing plant in South Carolina. He remained with Goodrich for several more years, then pursued and found meaningful opportunities as a manufacturing supervisor and quality control manager with Charleston Rubber Company in Clover, SC. Outside of work, Victor was an avid supporter of the high school’s booster club, an active member and Elder of Oakdale Presbyterian Church, and a forty-year Master Mason with Alpine Lodge 208. Upon retiring at the age of 65, Victor found his patch of wooden tranquility in Hickory Grove, a special reminder of the West Virginia valley he always held close to his heart. It was there that he spent his remaining years - doing what he wanted, when he wanted - until the Lord he loved saw fit to call him home. Friends may call from 10:00 am until 11:00 am Saturday, February 3, 2018 at the Tomblyn Funeral Home in Elkins. A funeral service will be held at 11:00 am Saturday from the funeral home chapel with Pastor L. Scott Hamby officiating. Interment will follow in the Brick Church Cemetery near Huttonsville. In lieu of flowers, the family suggests memorial contributions be made to Thornwell Home for Children, P. O. Box 60, Clinton, SC 29325, an institution Victor had supported most vigorously since his first visit to the campus in 1977. The Tomblyn Funeral Home of Elkins is in charge of the arrangements for Victor A. “Vic” Long. Condolences may be expressed to the family at www.tomblynfuneralhome.com.

The family of Victor Allen "Vic" Long created this Life Tributes page to make it easy to share your memories.