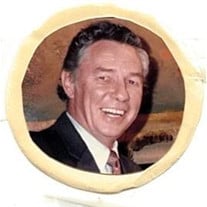 Walter A. “Butch” Hopwood, Jr., age 82 years, a resident of Elkins, passed away Wednesday, December 11, 2019 in the Davis Medical Center. He was born August 30, 1937 at Jersey City, NJ, the son of the late Walter A. Hopwood, Sr. and Anna Koscuiah Hopwood. On August 1, 1964 at Tuckahoe, NY, he was married to Cary Muldoon who survives. Also surviving are three sons, Scott Hopwood of Wilson, NC, Kurt and Keith Hopwood of Elkins and one daughter, Tracy Hopwood of Memphis, TN. Nine grandchildren also survive. Also preceding him in death besides his parents was one sister, Vivian Lemley. Butch was a Veteran of the United States Army and retired from the West Virginia Department of Highways where he worked as a Construction Engineer. He was a coach for the “49ers” Little League Football and was a member of the BPOE Lodge No. 1135, Alpha Sigma Phi Fraternity and was Past Commander of HW Daniels Post 29 American Legion. He was a member of Saint Brendan Catholic Church and the Knights of Columbus. Mr. Hopwood was cremated. The family will receive friends from 5:00 pm until 8:00 pm Friday, December 20, 2019 at St. Brendan Catholic Church. A Mass of Christian Burial will be celebrated at 1:00 pm Saturday, December 21, 2019 at the church with Father James E. O’Connor and Deacon Raymond Godwin as the celebrants. Presentation of the American Flag will be made by members of the West Virginia National Guard Honor Guard Program. In lieu of flowers, the family request donations be made to Shriners Hospitals for Children, 3229 Burnet Avenue, Cincinnati, OH 45229 or Saint Brendan Catholic Church, 181 Saint Brendan Drive, Elkins, WV 26241 in memory of Mr. Hopwood. The Tomblyn Funeral Home of Elkins is in charge of the arrangements for Walter A. “Butch” Hopwood, Jr. Condolences may be expressed to the family at www.tomblynfuneralhome.com.

The family of Walter A. "Butch" Hopwood Jr. created this Life Tributes page to make it easy to share your memories.