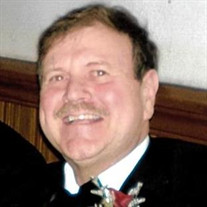 William Thomas “Tom” Nestor, resident of 2 Kerens Hill, Elkins, WV departed his life Tuesday, December 26, 2017 at the age of 68, after a 33-year courageous battle with multiple sclerosis. Mr. Nestor was born to John Kenneth Nestor and Hanna Adaline Ware in Richmond, VA in 1949. His mother and father met on adjacent farms in Barbour County, WV before relocating to Richmond before his birth due to economic opportunity. Tom was the youngest of three brothers, and the eldest of two sisters, which included elder brothers John K. “Tack” Nestor II (deceased), Parkersburg, WV, Gerald W. Nestor (Charlotte), of Vienna, WV, and younger sisters Patricia A. Smith, (Joe), now of Little Hocking, OH, and Mary Katherine Marchal, R.N. of Parkersburg, WV. Mr. Nestor leaves behind the legacy of incredible success for his circumstances, and more importantly, the cherished memory and values bestowed upon his loving son, daughter, aunts, uncles, nieces, nephews, grandchildren, and cousins, here and gone. Mr. Nestor’s sons include William Tyler Nestor, Esq. (Samantha), Thomas Jackson Nestor (deceased), and daughter, Elizabeth Tate Summerfield (Ryan), all who did, and continue to reside in Elkins, WV. Tom is survived by his grandchildren Thomas Jackson Nestor and Hannah Elizabeth Summerfield. Those other relatives honored by his life are his uncles and aunts which include his uncle Eugene “Bud” Ware (deceased), Norman Chambers (deceased), aunt Hope Chambers, and Dorothy Marshall (deceased) of Parkersburg, WV, as well as, his aunt Jean Williams and uncle Leonard Williams (deceased), of Grafton, WV; Nieces, Kris Nestor, Melissa Nestor, and Adeline Marchal of Parkersburg, WV, Sarah Hoosier, of Williamstown, WV, and Tami Nestor-Svacina, of Seattle, WA; Nephews, John K. Nestor, III (deceased), James Nestor, Jason A. Nestor, Esq., Corey Updike, Blair Updike (deceased) and Zane Marchal, of Parkersburg, WV, and Samuel Smith, Andrew Smith, and Vincent Smith, Esq. of Little Hocking, OH and Charleston, WV. Left to cherish his memory also includes his cousin Gene Ware of Charleston, WV, and many of his friends earned through life and business all over the United States. Tom was a visionary who had a quiet goal-oriented personality. He had a plan to succeed at an early age and the will to accomplish his goal. At the age of 17 Tom’s goal was to become a beer wholesaler in West Virginia and he took his goal-oriented mindset with him to West Virginia University after graduating from Parkersburg High School in 1967. At WVU Mr. Nestor immediately began working as a “keg” representative selling barrels “kegs” of beer to fraternities for their parties or “mixers” with sororities during a time when that university mandated that beer be purchased through local representatives, or approved sellers. He graduated from West Virginia in 1972 with a B.S. in Business, and was a member of the social fraternity Beta Theta Pi. Tom did extraordinarily well with his beer job on the WVU campus and after graduating college returned to Parkersburg, WV where he founded a real estate firm with the idea that it could provide him with the finances he needed to get a chance at what he wanted. He saved his money and invested knowing it could not happen for him any other way. He caught a break in 1982, when receiving a job opportunity with Christian Schmidts Brewery in Philadelphia, PA giving him a north-east metro sales spot. At Christian Schmidts he excelled as a salesman in his territories of Baltimore, MD. Brooklyn, NY, Manhattan, NY, and Philadelphia, PA. Tom’s gamble succeeded as it provided him with the capital for his first beer wholesalership, Tygart Valley Distributors, Inc. in 1984 – a Miller Brewing franchise. Later Mr. Nestor acquired the local Coors Brewing franchise from the Brown Family in 1989, and he continued to add valuable franchises and actively grow his business in the years following. William Thomas Nestor was a loving son, brother, parent, and grand parent who valued his family above all else. He enjoyed animals and was a dog owner for most of his life. Mr. Nestor was also an avid collector of early American antiques that included furniture, clocks, pottery, and firearms. He was a member of the West Virginia Beer Wholesalers Association and the National Association of Watch and Clock Collectors. Tom leaves behind many loving friends and relatives, rare and unique artifacts, and a bold statement of what it means to be a winner in business, and in life. Friends may call from 6:00 pm until 8:00pm Friday, December 29, 2017 at the Tomblyn Funeral Home in Elkins. A funeral service will be held at 11:00 am Saturday, December 30th from the funeral home chapel with Missionary Ken Vensel officiating. Interment will follow in the Maplewood Cemetery. Memorial contributions may be made to a charity of choice in memory of Tom. The Tomblyn Funeral Home of Elkins is in charge of the arrangements for William Thomas “Tom” Nestor. Condolences may be expressed to the family at www.tomblynfuneralhome.com.

The family of William Thomas "Tom" Nestor created this Life Tributes page to make it easy to share your memories.