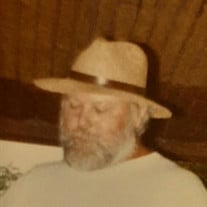 William R. “Dick” Phares, age 78 years, a resident of Elkins, passed away Wednesday, September 1, 2021 at his home, surrounded by his family and under the care of WV Caring. He was born May 24, 1943 in Akron, OH a son of the late Robert Dempsey and Leona M. Watson Phares. On October 10, 1981 at Elkins, he was married to Jannet T. Boltz who survives. Also surviving are six brothers, Gary, Rocky, Mark, Albert and David Phares, all of Elkins and Sheldon Phares of Alaska. Five sisters, Linda Shomo of Elkins, Barbara Torres of the Philippines, Sherry Morrison of NH, and Nancy Pagliai of PA and Dinah Galaspie of FL also survive. In addition to his parents, he was preceded in death by one brother, Ricky Phares. Dick was a Veteran of the United States Army and was a self-employed builder and dry-wall finisher by trade. Along with his brothers Rock and Rick, they worked on numerous homes and built several homes from the ground up. Dick had a great love for the outdoors. He loved motorcycles, motorcycle riding, hunting, fishing and growing things, especially a vegetable garden (but not the weeds). He loved his two cats, Feisty and Cammie and several dogs and cats that have crossed the rainbow bridge. His greatest love was family. He enjoyed family gatherings at the farm and playing Santa at Christmas. Dick’s request for cremation was honored. The family will receive friends from 10:00 am until 11:00 am Tuesday, September 21, 2021 at the Tomblyn Funeral Home in Elkins. A memorial service will be held at 11:00 am Tuesday, September 21, 2021 at the funeral home. Interment of the cremains will take place on the family farm. Full military honors will be accorded at the gravesite by members of the West Virginia National Guard Honor Guard Program, H.W. Daniels Post 29 American Legion and Tygart Valley Post 3647 Veterans of Foreign Wars. Masks and social distancing will be required for anyone attending the service. Memorial contributions may be made to any charity supporting Veterans Programs or to the American Liver Foundation at (https://liverfoundation.org) in memory of Dick. The Tomblyn Funeral Home of Elkins is in charge of the arrangements for William R. “Dick” Phares. Condolences may be expressed to the family at www.tomblynfuneralhome.com.

The family of William Robert "Dick" Phares created this Life Tributes page to make it easy to share your memories.