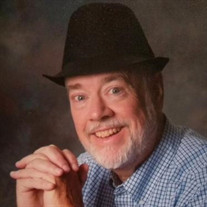 William Hargett “Bill” Rice, aged 69 years and a resident of Elkins, WV, passed away Friday, November 18, 2016, at his home, of cancer. He had been in declining health for several years. He was born September 4, 1947 in Hackensack, NJ. He was the son of the late Robert Culler Rice, a native of Jefferson, MD, and the former Elizabeth Stump, a native of Romney, WV, and a current resident of Orlando, FL. Besides his mother, he is survived by a daughter, Chelsea Lynnette Meadows and her husband Samuel of Fairmont, WV, a granddaughter, Siena Christine Meadows of Fairmont, WV, and one sister, Doctor Katherine Bredehoeft of Chapel Hill, NC. Also surviving are an aunt and uncle, Bob and Jean Sullivan of Palm Beach Gardens, FL, as well as several nieces, nephews and cousins. Bill graduated from William R. Boone High School in Orlando, FL in 1965. After attending Florida Presbyterian College for two years, he enlisted for four years in the United States Air Force, serving in Texas, England, Italy, Spain and California. After returning to Florida, he earned his Bachelor’s Degree at Rollins College in 1975. After chairing his high school ten year reunion, he moved to Chicago and worked for the Bell Telephone Company. In 1976, Bill moved to Elkins, WV, where he earned his teaching certificate at Davis and Elkins College in 1979. He taught school in Randolph, Tucker, and Monongalia counties for the next 25 years. For most of the time between 1977 and 2002, he was employed as an announcer and news director at WDNE and WELK radio stations. During the early 1980’s, he superintended city directories for the R. L. Polk Company in Elkins (1981-1983), Buckhannon (1982), Point Pleasant (1982), Arcadia, FL (1982-1983), Miles City, MT (1983) and Abingdon, VA (1983). In the latter 1980’s, he attended graduate school at West Virginia University. In 1996, Bill was elected to a four year term on the Randolph County Board of Education. n 1969, Bill became interested in History and Genealogy, and wrote several letters and articles on the subject. He also wrote eleven books, including Elkins 1889 “The Majestic of the Wilderness” (2007), and a six volume series called Colonial Records of the Upper Potomac (2010-2016). Bill was also an accomplished chess player, guitar player and pool player. Bill’s request for cremation was honored. The family will receive friends from noon until 2:00pm on Saturday, December 3, 2016 at the Tomblyn Funeral Home in Elkins. In Lieu of Flowers, memorial contributions may be made to the Belington Public Library, 510 Elliot Avenue, Belington, WV 26250, or to the West Virginia Regional History Collection, 1549 University Avenue, Morgantown, WV 26505 in memory of Bill. The Tomblyn Funeral Home of Elkins is in charge of the arrangements for William Hargett “Bill” Rice. Condolences may be expressed to the family at www.tomblynfuneralhome.com.

The family of William Hargett "Bill" Rice created this Life Tributes page to make it easy to share your memories.

William Hargett “Bill” Rice, aged 69 years and a resident of...