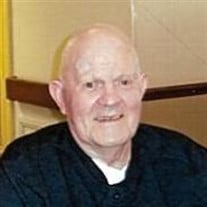 Wren “Buck” Cutright, age 90 years, a resident of Elkins, passed away peacefully Tuesday, March 19, 2019 in the Davis Medical Center. He was born January 27, 1929 in Elkins, a son of the late Jared and Maude Bowyer Cutright. On February 3, 1950 in Elkins, he was married to Iris E. Haddix Cutright who survives. They had celebrated their sixty ninth wedding anniversary. Also surviving are three sons, Verlin Cutright and wife Nancy of Fairmont, Danny Cutright and wife Joy of Elkins and Randy Cutright and wife Sherry of Lexington, KY. Grandchildren, Scott and wife Holly of Elkins, Ryan and wife Diana of Wake Forest, NC, Jared and wife Amanda of Washington, DC, Elliott and wife Holly of Midlothian, VA and Allyson of Scotland, United Kingdom. Great grandchildren, Hannah, Tucker, Griffin, Eleanor, Bryce, Henry, Clayton and Finley. He was the last surviving member of his immediate family having been preceded in death by his parents, two brothers, Paul and Luther Cutright and three sisters, Ellen Finnell Newman, Juanita Weese and Rose Arbogast. Buck was a Veteran of the United States Navy having served on the U.S.S. New Jersey during World War II from March 28, 1946 until January 26, 1948. He had worked at Allegheny Lumber Company for twenty seven years and then worked in the Coal Mines for eleven years. He ended his career working for two years with the U. S. Forest Service. He was a member of HW Daniels Post 29 American Legion and attended the Landmark Baptist Church. The family would like to thank Colonial Place, WV Caring and Davis Medical Center for the excellent care that Buck received during his illness. Friends may call from 6:00 pm until 8:00 pm Friday, March 22, 2019 at the Tomblyn Funeral Home in Elkins. A funeral service will be held at 11:00 am Saturday, March 23, 2019 at the funeral home chapel with Rev. Dr. Basil A. Hensley officiating. Interment will follow at the Brick Church Cemetery at Huttonsville where full military honors will be accorded by members of the United States Navy Honor Guard, H.W. Daniels Post 29, American Legion and Tygart Valley Post 3657 Veterans of Foreign Wars. Memorial contributions may be made to the Alzheimer’s Association of WV, 1601 Second Avenue, Charleston, WV 25387 or to WV Caring Hospice, P. O. Box 760, Arthurdale, WV 26520 in memory of Buck. The Tomblyn Funeral Home of Elkins is in charge of the arrangements for Wren “Buck” Cutright. Condolences may be expressed to the family at www.tomblynfuneralhome.com.

The family of Wren "Buck" Cutright created this Life Tributes page to make it easy to share your memories.